and 2.  there is a rotation for a set number of points or rallies by individual players (or sub-teams) and all team players rotate and play during the tiebreaker.

1.  team names are randomly drawn to predetermine the order in which teams will select players for a dual (but directionally opposite) women’s and men’s snake draft format;

2.  the predetermined pick order operates in one direction for women’s picks and is then reversed for the men’s picks as illustrated in the two examples below: 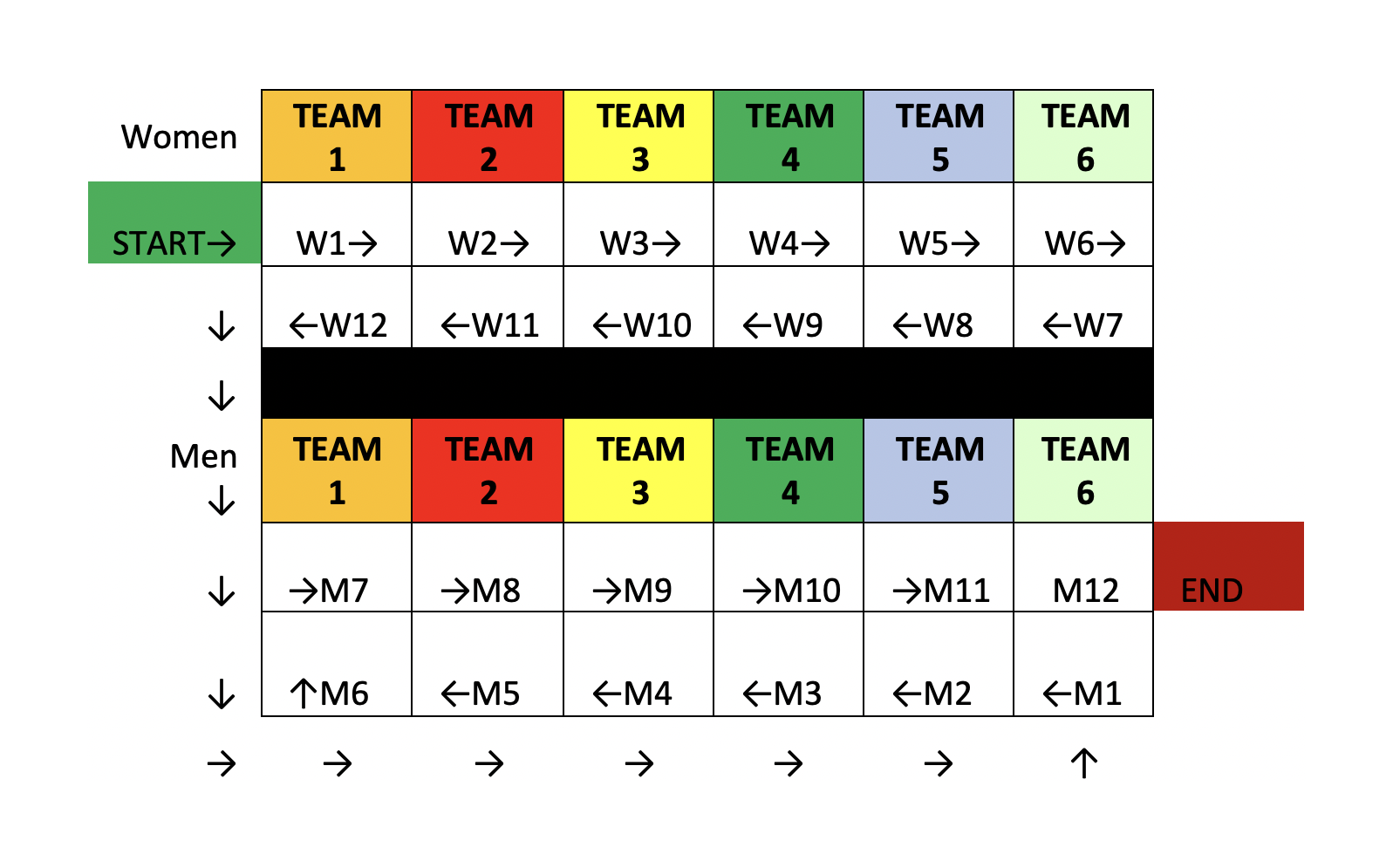 :1.     professional or amateur players of mixed genders and/or skill-levels competing as a teamagainst 1 or more other teams

2.     team matches are composed of 3 or more games of singles, doubles, and/or mixed doubles

5.     scoring that is modified from the traditional rules of the racket sport or pickleball is used
‍
6.     there is some form of alternating disclosure of a team’s line-up, order of strength, or rotation order