Blqk are mlp season one champions 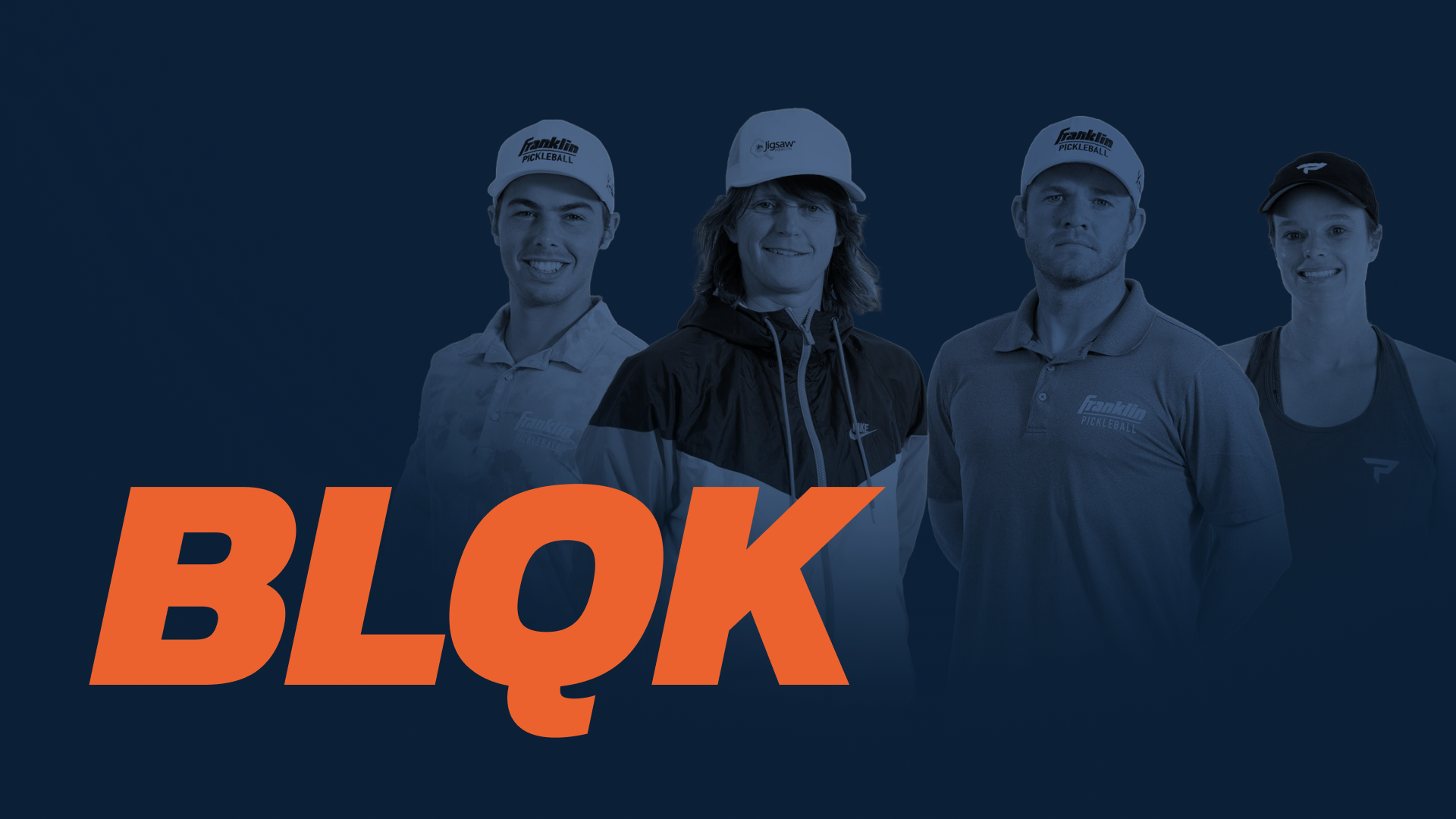 Both BLQK and Chimeras just needed to win their Round Seven finals on Monday to get into the marquee match, and they did so with very different tests.

The Pickle Ranchers took the Chimeras to the singles tiebreaker round that’s been an innovative feature of MLP’s first season, with the Chimeras winning out in the end and punching their ticket to the finals.

BLQK, however, made a clean sweep of their Round Seven match, defeating the Lions in all four of its matches on their way to the final.

Discovery Warriors, who pushed both finalists to the last day, won their Round Seven matchup against Team Rally 3-1, building to a league-high game differential of 14 for the season, but only had five wins to the finalists’ six to finish third in the standings. The other Round Seven match saw Team Clean beat ATX Pickleballers 3-1.

Moving to the final, played out in front of a capacity crowd on Dreamland’s Stadium Court, the opening women’s double match showed of the intensity of the sport well, with Chimeras’ Leigh Anne Waters and Lee Whitwell — the youngest and oldest players in MLP respectively — battling BLQK’s Andrea Koop and Irina Tereschenko, emerging as 15-10 winners to give Chimeras the early edge.

Then, BLQK got itself back into the final in the men’s doubles competition, with Ben Johns and Rob Nunnery defeating Chimeras’ AJ Koller and Kyle Yates by a 15-4 score, in a match where Johns showed his prowess as one of the elite players in the sport.

The first mixed doubles’ match pitted BLQK’s Ben Johns and Andrea Koop against Chimeras’ Anna Leigh Waters and Kyle Yates, with Johns and Koop pulling their team into the lead with a 15-9 victory.

The second mixed doubles’ match brought together BLQK’s Irina Tereschenko and Rob Nunnery against Chimeras’ Lee Whitwell and AJ Koller in a dramatic clinching tie-up that saw BLQK dig deep. Down 14-12, and looking at a grueling singles game that would have taken the match into its fourth hour, Tereschenko and Nunnery combined to take the final three points and clinch the victory — despite the heroic efforts of Season One MVP Whitwell to keep Chimeras in it.

“It feels amazing,” said Team BLQK owner Ritchie Tuazon about the win. “Most importantly, I got to see the character of our great players and what they're made of. And it was just a surreal experience to see. And I spent the week with them. We rented a house, and just getting to see how passionate they are about the game and competing, it was a real privilege to be around them.”

“I think this event is a piece of history in pickleball,” remarked Ben Johns, MLP men’s No. 1-ranked player, reflecting on Season One. “The sport has grown so fast, so quickly. It’s just incredible to see. This is a landmark event, and it means a lot to be part of history. The crowd was electric, the atmosphere was phenomenal, it was a night match on a great court, in what was a great event overall, with a lot of great matches.”

“I would like to begin by congratulating our winners, BLQK, and our runners-up, Chimeras, for staging such an awesome final for MLP’s first-ever event,” said MLP Commissioner Jenny Klitch. “MLP Season One has been a huge success, and I must thank all the players who made this event so compelling, from the first game of the first match, right up to the final we all witnessed tonight. Thanks must also go to Steve Kuhn, without whose vision MLP would not exist; to MLP’s President Mellie Price, and Director of Operations Brooks Wiley — their tireless efforts have given MLP the launch platform it deserves, and set up MLP for sustained success in 2022 and beyond. On a personal note, I also want to say how proud I am to be part of an organization that places such a high priority on equality. That is at the heart of pickleball, and MLP is honored to showcase equality, both on and off the court.”

“On behalf of MLP’s creator, Steve Kuhn, our incredible team owners, MLP’s sponsors, Brooks Wiley, MLP’s Director of Operations, and everyone who contributed to make the dream of Major League Pickleball a reality, I want to say thank you,” said Mellie Price, MLP President. “We have seen four days of incredible pickleball competition, culminating in a final broadcast across the country that saw two world-class teams go toe-to-toe, with BLQK finally coming out as MLP’s inaugural Champions. I want to congratulate our winners and their owner Ritchie Tuazon on being our first-ever Champions, and I want to also say thank you to Chimeras, our runners-up, and all our teams for being such amazing competitors throughout this inaugural event.

“MLP is based on two simple goals,” continued Price, “to create a new platform to showcase the talents of the incredible athletes who we have seen competing here at Dreamland, and inspire new people to come into our sport. I think we have begun to achieve both, but I am also proud to see that we have highlighted one of the key aspects of pickleball – equality. Some of the best battles we saw on court were when the women took on the men in singles, and won, and we saw just why people love pickleball, because it inspires joy. Bring on 2022!”