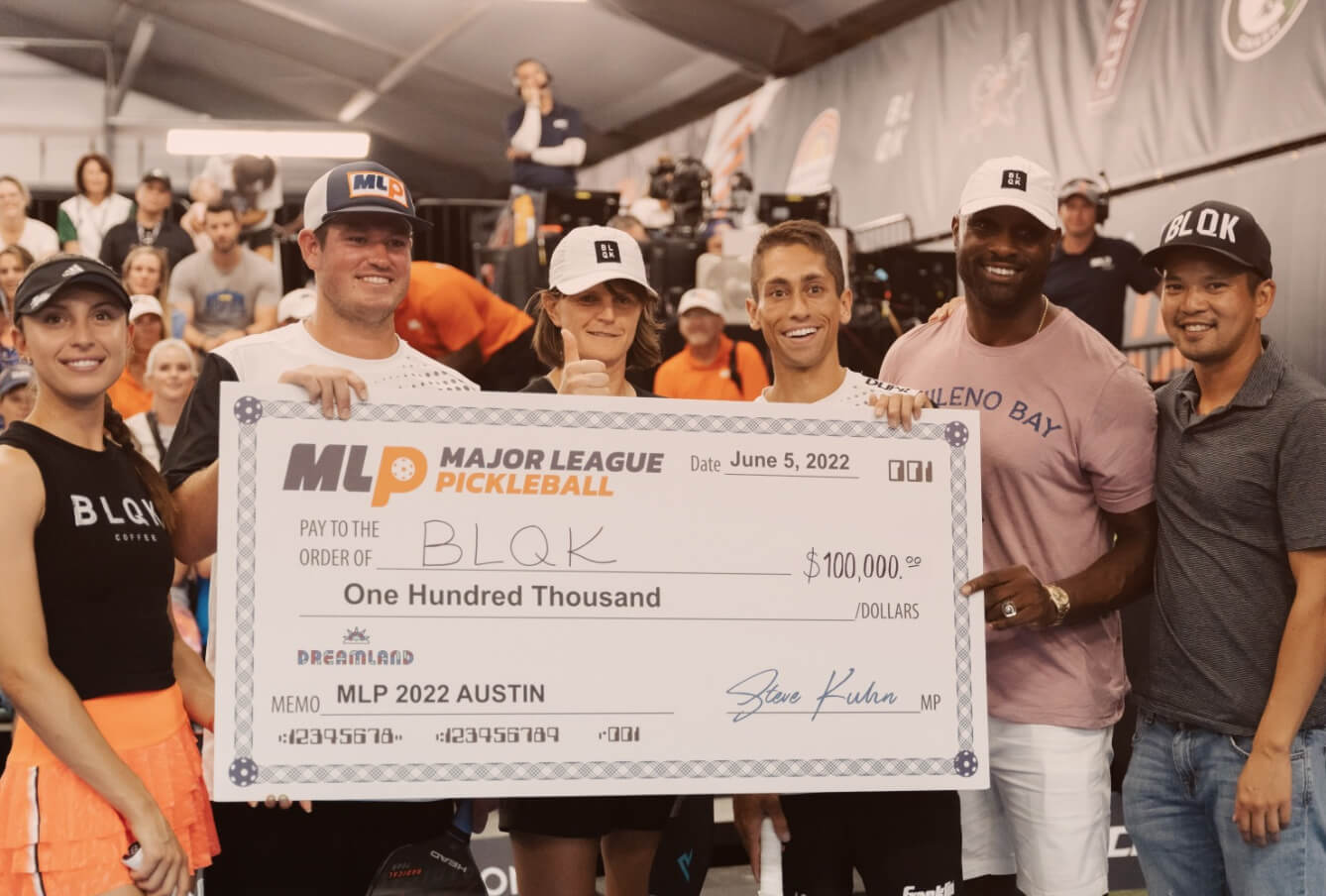 Returning BLQK player Irina Tereschenko becomes the first and only MLP player with multiple championships. Joining her as champions are BLQK newcomers Parris Todd, Zane Navratil and Rafa Hewett, who together out-dueled the Florida Smash 3–0. The team took home $100,000 in prize money ($25,000 per player)—the largest prize pool in all of pickleball.

“MLP Austin was the most exciting pickleball event I have ever been a part of. I loved the team format and playing for something bigger than myself. The adrenaline rush in rally scoring was through the roof. Unique friendships and partnerships were built through the weekend thanks to MLP,” commented MLP Player, Lina Padegimaite. “Also, a huge invisible weight was lifted off my shoulders when I didn’t have to worry about meals, access to PT, cool down tent, electrolytes, and live-streaming. My parents loved being able to see me compete from their couch in Lithuania!”

At the conclusion of the Finals, Florida Smash’s Lee Whitwell was named MVP of MLP 2022 Austin, an award presented by The Dink, as chosen by an online fan vote, defending her title as MLP, after receiving the award in 2021 as well. “I am so proud of them,” Whitwell said of her Florida Smash teammates, fighting back tears as she accepted her award. “We battled hard, and we left it all out there. Congratulations to BLQK, you guys were amazing. But thank you, Florida Smash, you guys rock!”

“I want to start by thanking the players. The heart that they put into this all weekend, all twelve teams, was amazing. The passion, the joy, that was fantastic,” MLP Founder Steve Kuhn said following the conclusion of the competition. "MLP not only awarded the highest prize money in pickleball to our back-to-back champions, BLQK, but also delivered a new level of fun and engagement to athletes and fans with its revamped format. We look forward to having even more highly entertaining matches in Newport Beach and Columbus."

“The players, fans, sponsors and team owners put their hearts and souls into MLP 2022 Austin, and we couldn’t be more proud,” commented Anne Worcester, MLP Strategic Advisor. “MLP's highest prize money in Pickleball, along with our improved format and fantastic staff and volunteers were the perfect recipe for an unforgettable event. We very much look forward to hosting our upcoming signature events, starting with Newport Beach in August."

During the Final on Sunday night, Travis Rettenmaier of the Florida Smash was named recipient of the ProXR Sportsmanship Award.

“In triumph and defeat, [Rettenmaier] showed that he just runs like crazy and he’s an incredible shotmaker,” RayJ Murphy of ProXR Pickleball said before handing Rettenmaier his award. “Last night, when he hit his running, between-the-legs shot to keep his team alive in the second doubles match, I thought the ceiling was going to come down.”

Additionally, MLP Event Director Karen Elyse was named recipient of the ProXP Unsung Hero Award for her extraordinary efforts setting up the venue for the MLP competition.

Several team owners and celebrities attended the event on Sunday and witnessed first-hand the most exciting pickleball Finals to date. Among those who made an appearance on Sunday were Super Bowl Champion Drew Brees, PGA Tour professional and Masters Champion Sergio Garcia, and renowned Texan Research Professor & Author and Owner of the ATX Pickleballers Brené Brown.