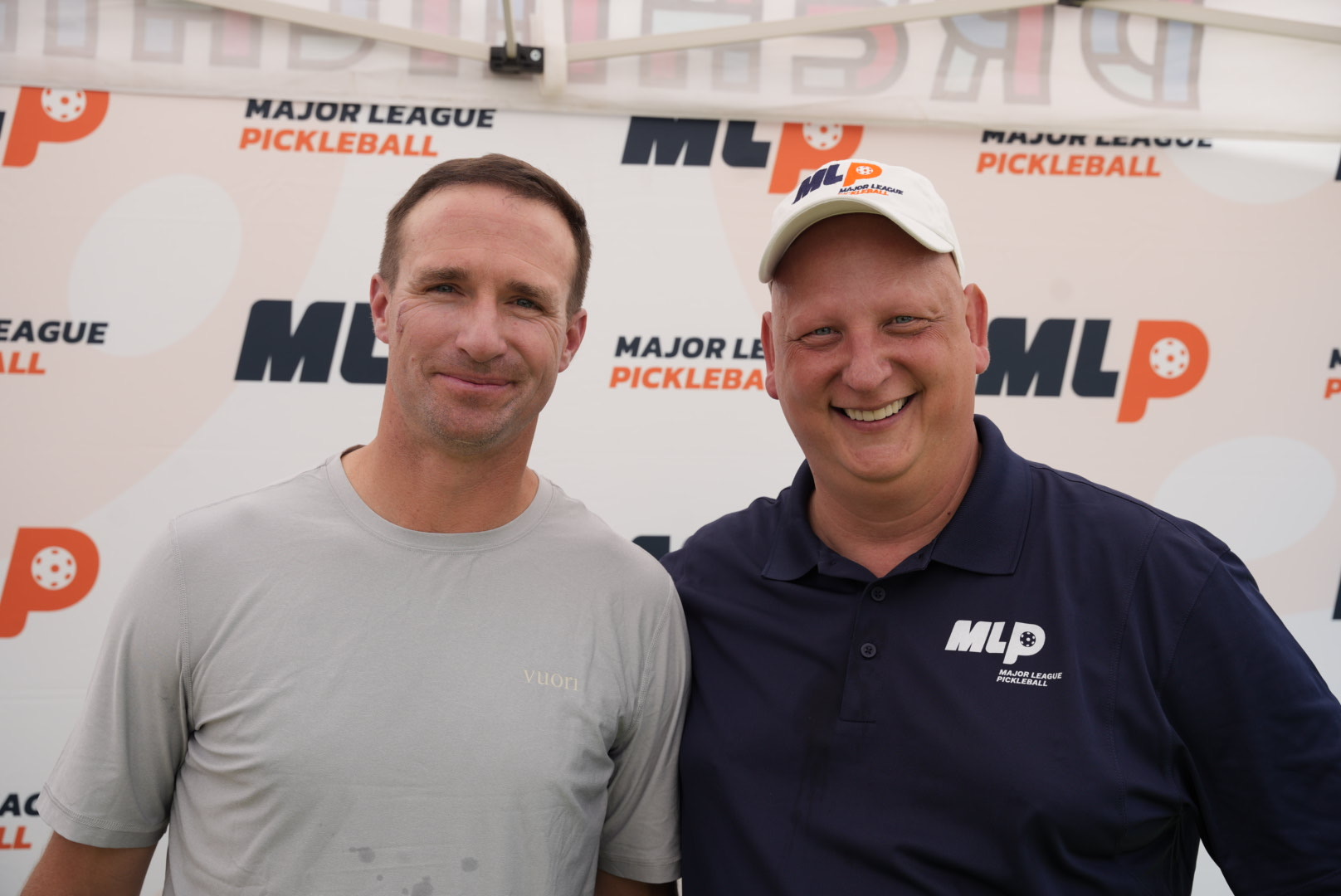 “I am an avid pickleball player, fan and student of the game,” said Brees. “The opportunity to be a part of the ownership group of the Mad Drops PC is something I’m extremely excited about, and I look forward to helping raise awareness around the incredible players and competitions in MLP, helping grow the sport of pickleball and fostering overall fan engagement. As a long-time professional athlete and competitor, myself, I look forward to working with the Mad Drops PC team in our relentless quest to win many championships in the years to come.”

As the standard-bearer for the fastest-growing sport in the United States, MLP delivers the highest-quality and most exciting experience in pickleball. With a team-based, co-ed format and innovative rules that highlight athletes’ and fans’ passion for the game, MLP’s goal is to elevate and grow the sport in everything it does.

“We are thrilled to welcome such a strong group of strategic investors and partners into the MLP family,” said MLP Founder, Steve Kuhn. “MLP is the preeminent and most exciting brand in all of pickleball. The talented and passionate Mad Drops PC ownership group will further elevate our competition and athletes, which contributes to our goal of growing the game of pickleball into the world’s most exciting spectator sport.”

After a terrific kick off to the 2022 season with MLP’s first team competition in Austin in early June, MLP will bring its second team competition to Newport Beach, California from August 5th-7th and will offer the largest prize purse ($319,000) in the history of pickleball, with the winning team taking home $100,000.

“Pickleball is the fastest-growing and most accessible sport in America, and MLP has created a uniquely compelling team-based professional league that will continue to drive its growth,” said Zubin Mehta, Co-Founder and General Partner of Good Alpha Industries VC and General Manager of Mad Drops Pickleball Club. “We are excited to partner with a terrific group of strategic investors as owners of Mad Drops PC and look forward to supporting MLP’s mission to be the premier provider of pickleball content.”

Major League Pickleball is the first of its kind professional team league in the United States, consisting of 12 teams representing the highest level of professional pickleball. Led by Founder & CEO Steve Kuhn, MLP is committed to making an impact in communities throughout the country, perpetuating the sport's larger role in society and permeating every facet of pickleball’s business, marketing and community relations. As the standard-bearer for the fastest-growing sport in the United States, MLP delivers the highest-quality and most exciting experience in pickleball. With iconic team owners, a co-ed team format, an innovative draft, easy to understand scoring, groundbreaking broadcast quality and the highest prize money events in pro pickleball, MLP’s goal is to elevate and grow the sport in everything it does. With the continued success of MLP network and digital platforms, MLP finds innovative ways for its fans to enjoy America's new favorite national pastime and a truly global game. For more information on Major League Pickleball, visit MajorLeaguePickleball.net and follow Major League Pickleball on Facebook, Twitter, Instagram, TikTok, Pinterest and YouTube.