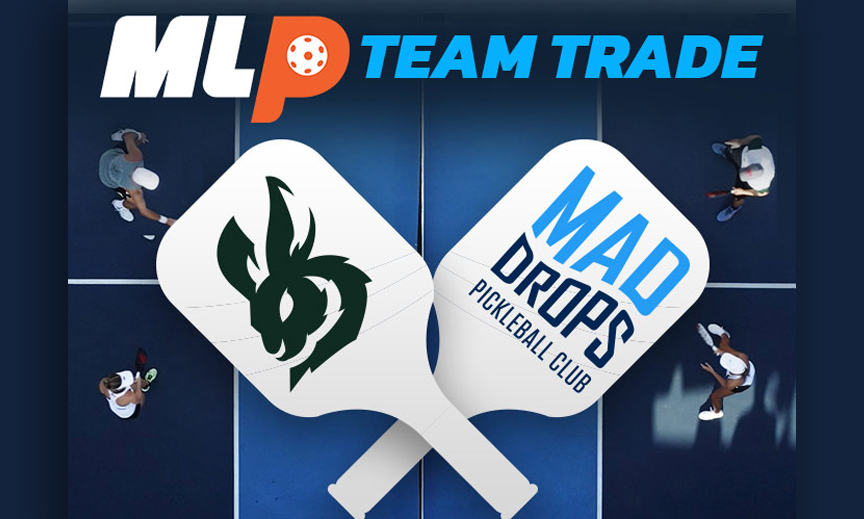 Team Owner David Mercado of the Jackrabbits said “Mary and AJ were such great teammates and we wish them the best. With Vivienne, we think we’ll have one of the best women’s teams in the league, and we’re excited about Adam’s leadership which we think can help us contend for a championship.”

Mad Drops Pickleball Ownership chimed in on their trade decision as well - “Vivienne David and Adam Stone are consummate professionals, all-time team players and among the most joyful, enthusiastic and talented players in pickleball. While we are sad to lose them, we know that they will continue to make big things happen for the Jackrabbits in MLP.

We are thrilled to welcome AJ and Mary to the MDPC Squad for MLP Columbus. AJ is one of the most talented male players in pickleball and Mary is an incredible defensive player and up-and-comer in the women's game, and we're excited to have both of them on the team."

Up next: The deadline for new player applicants and intent to participate from existing players is Wednesday, August 24th. Expect more trades, drops and pickups as we head into the Shuffle Draft on August 29th on the MLP Road To Columbus! We'll continue our 2022 season with our next event in Columbus, Ohio (October 14-16), giving its twelve teams one more shot at taking home the Pritchard Cup as MLP Champions and earn the highest prize money in professional pickleball.