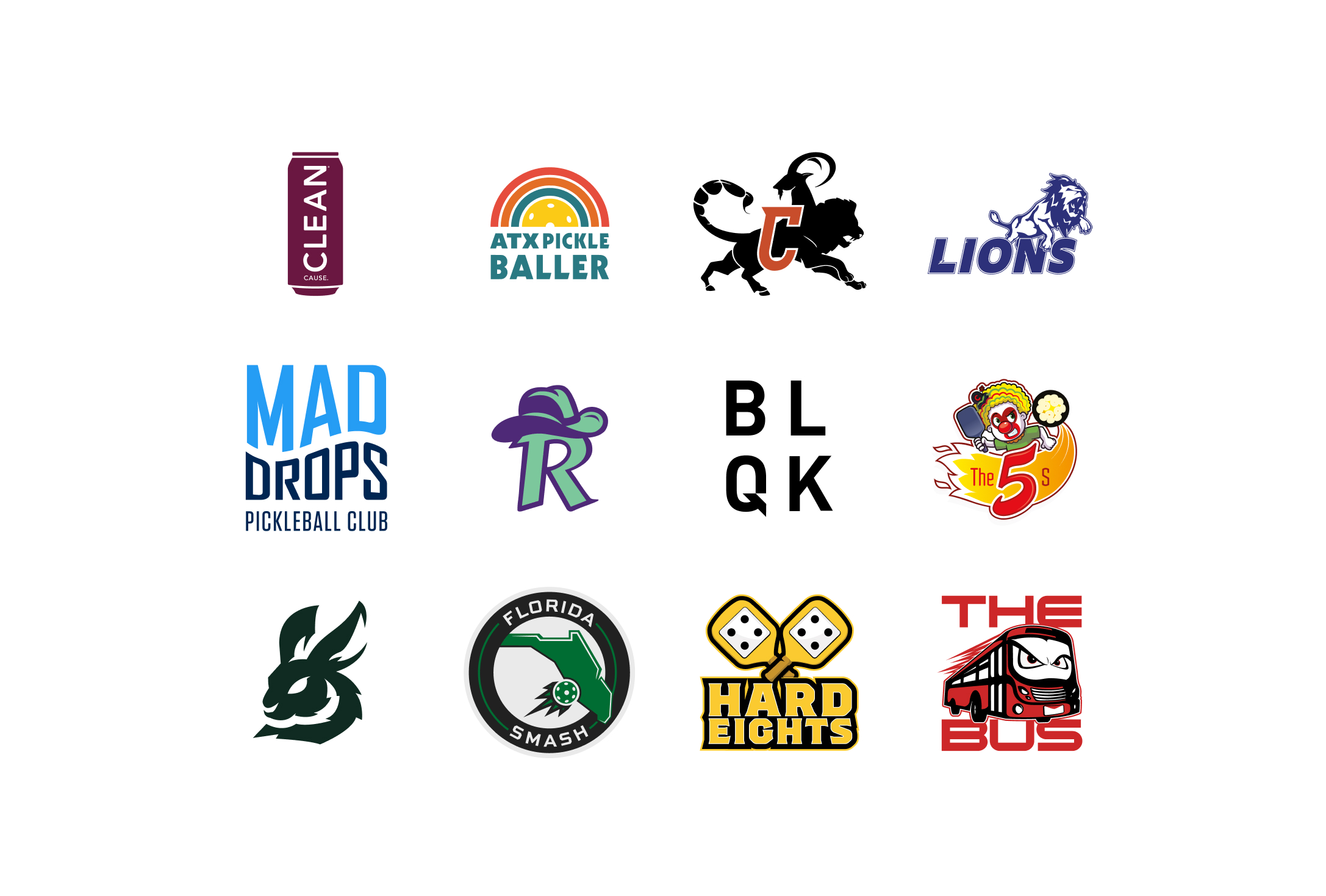 From June 3-5, your favorite pickleball players will be hitting the court for the chance to compete in our finals match which will be broadcast on CBS Sports Network.

While you are waiting for an amazing event full of competitive professional pickleball, take a look at our schedule of events and meet the 12 teams competing this year.

Meet the teams competing this year and learn more about their Team DUPR so you can put your favorite matchups on the calendar.

Put on your boots, this team is ready for some pickleball ya’ll. After placing fourth last season, owners Bryan Sheffield & Tim Klitch are back and hungry for the finals.  The team includes: Anna Bright, Maggie Brascia, DJ Young, and Austin Gridley with a Team DUPR of 24.194

The Jackrabbits will look to hop their way to the Major League Pickleball finals for the first time. New team owner Ritchie Tuazon drafted a team based on their Team DUPR of 24.210.  Team members include: Jackie Kawamoto, Mary Brascia, AJ Koller, and Wes Gabrielsen.

Will the Hard Eights roll their way to a winning combo? Only time will tell. New team owners Kevin Huang and Rick Chan drafted Jorja Johnson, Susannah Barr, Andrei Daescu, and John Cincola for a Team DUPR of 24.327.  No luck is needed for this group with the fourth highest combined DUPR rating.

Team Clean is ready to clean up the competition this year. After placing sixth last season, team owners West Hurt, Nav Sooch, Brad Beckworth, and Tim Berry are ready for redemption. After drafting Michelle Esquivel, Regina Franco, Dekel Bar, and Joey Farias they have a Team DUPR of 24.253.

Team owners Molly Joseph, ​​Andrew Olsen, and Julio Dapietro are looking  for a smashing success in their debut event. With Maggie Remynse, Lee Whitwell, JW Johnson, and Travis Rettenmaier on the Florida Smash roster the competition better look out. Their Team DUPR of 24.388 makes them a challenge for any team they face.

The ATX Pickleballers love to show off their Austin pride and may have a home court advantage. Owners Brene Brown, Charles Kiley, and Steve Alley are ready for a rematch after placing seventh last season.  With Jade Kawamoto, Sara Ansboury, Dylan Frazier, and Altaf Merchant joining the team, they have a killer Team DUPR of 24.483.

BLQK coffee not only tastes great, but it is proven to be a champion. Owners Ritchie Tuazon and Justin Watson are hoping for a repeat of last season and are looking to take home the Pritchard Cup.  After drafting Irina Tereschenko, Parris Todd, Zane Navratil, and Rafa Hewett, they have a Team DUPR of 24.310.

No clowning around on the court when The 5s are here to play! Team owner Gary Vanerchuk and General Manager Ryan Harwood drafted Simone Jardim, Lina Padegimaete, Rob Nunnery, and Erik Lange in their debut season. Their combined DUPR rating of 24.489 is no joke and the team with the highest Team DUPR.

Will Chimeras be a monster on the court? Only one way to find out! Seeking redemption after a second place finish, owners Charles Attal, Mellie Price, and Charlie Walker weren’t kidding around this draft. The team includes: Andrea Koop, Megan Fudge, Rob Cassidy, and Daniel DeLaRosa with a Team DUPR of 23.999.

The Lions are ready to roar back to life for round two. Team owners Marc Lasry and James Blake are ready to hit the court with their pack of players: Bobbi Oshiro, Corrine Carr, Thomas Wilson, and Chuck Taylor. They are the king of the jungle with a Team DUPR of 24.215.

The only stop for this team is the finals! Team owners David Kass and Doug Ulman are ready for their debut event with The Bus dominating with a Team DUPR of 24.290.  After drafting Lauren Stratman, Milan Rane, Kyle Yates, and Eden Lica only time will tell if The Bus is making any stops.

HOW TO CHEER YOUR TEAM ON

For more information on matchups please check out our event schedule. https://www.facebook.com/pg/MajorLeaguePickleball/events/?ref=page_internal

If you would like to cheer your team on in person, free admission will be available for Major League Pickleball Austin for June 3rd and 4th and we will release a limited number of free tickets for the finals on June 5th the week of the event.