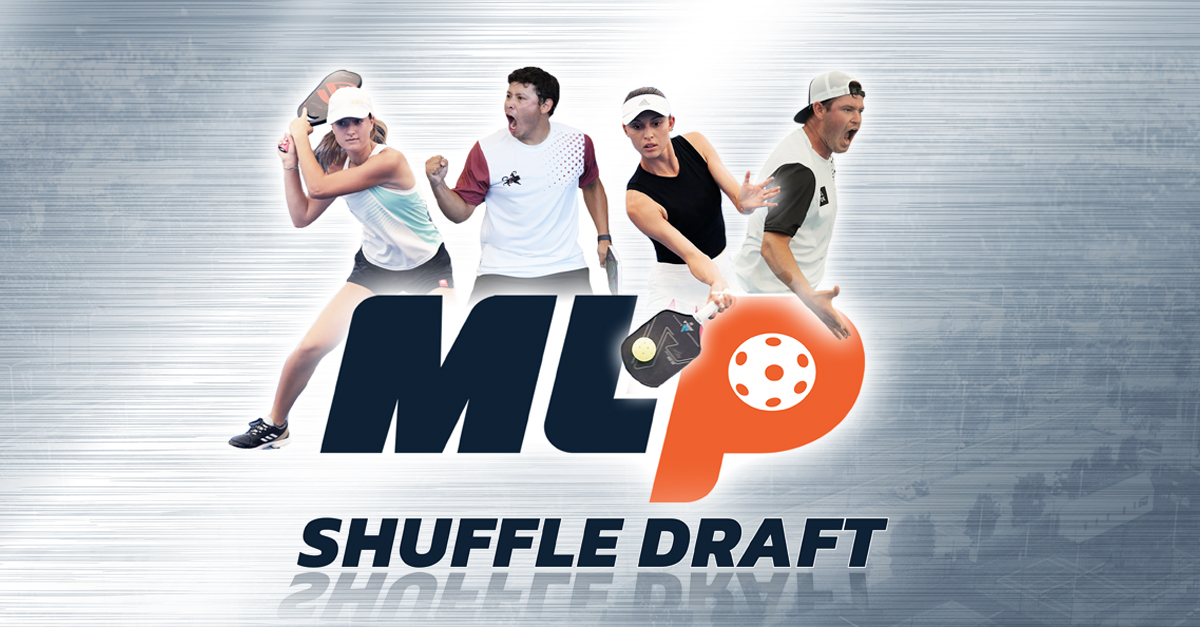 ‍ARE YOU A PLAYER INTERESTED IN APPLYING FOR THE DRAFT? ‍

All players, including returning athletes with a spot on a team, must fill out our application form here.

As we head into our next event, MLP 2022 Columbus, our owners have the chance to remix their line-ups by dropping a player on their team in exchange for an available player from the draft pool. Trades made prior to Newport Beach earlier this summer had a big impact on performance. Will trade strategy impact our next event as much this time around? It'll be exciting to see.

The format of MLPlay and the unique Dual Snake Draft were founded on the principles of new and exciting matchups and balanced teams. In the spirit of those founding principles the details of these mid-season supplemental draft rules are as follows:

The window for trades is now officially open.

•Team Owners may drop 0 or 1 players back into the MLP Shuffle Draft Pool.
•Teams may trade up to 2 players, and place 1 player on the waiver wire.

8/18/22: MLP will reopen applications for new players to apply and to confirm with existing players that they commit to play in MLP 2022 Columbus.

8/24/22: Deadline for new applicants and existing players to declare if they want to play in MLP 2022 Columbus.

8/25/22: MLP will send the owners the new available player pool via email, which will not yet include players placed on the waiver wire.

8/26/22: Owners must email the Commissioner, Brooks Wiley, via email or text, with any players from their current team they want to place on the waiver wire. *Note, if there are any public leaks MLP will not comment and/or disclose any players placed on waiver wire until after the deadline and all waiver wires will be communicated to all teams/players from the MLP Commissioner Office at the exact same time.

8/27/22: MLP will communicate with all owners the final available draft pool, including new players added, previously players eligible but not drafted and any players on the waiver wire who expressed their intent to participate. MLP will also communicate in writing to all teams the order of the Shuffle Draft as determined by the Lottery explained below.

8/29/22: MLP will hold the supplemental draft as follows:

Teams who dropped a player will be allotted “balls” in the lottery based on two criteria. Both of these rules are meant to provide a calculated risk/reward strategy by team owners and introduce a little bit of excitement and variance.

1) Placement in MLP 2022 Newport: The team in 12th place gets 12 balls, 11th place = 11 balls… 1st place = 1 ball. This rule helps to allow teams with lower placement to have a higher chance of getting a high draft pick in the supplemental draft. Placement order is at the bottom of this document in Appendix A.

2) Draft Pick Rank: If the player dropped was the 15th male/female selected then the team gets 9 balls. (24-15 = 9). A team who drops the 4th male/female selected would get 20 balls(24-4 = 20). This gives the team a higher chance of getting a better draft pick in the supplemental draft if they drop a player who was drafted high in the original draft. Balls will be randomly selected from the hopper, or similarly random, fair mechanics, to determine the order of picks. Each team who previously dropped a player will subsequently select players from the available draft pool until all 12 teams are complete with 4 players each. Draft pick order is listed in Appendix B below.

Note, that the official players on each team consist of the players who were on the teams following the MLP Shuffle Draft, prior to Newport Beach. Any player who was added because of illness or injury, prior to Newport Beach, is considered to automatically be in the available draft pool, subject to confirmation of intent to participate.

Trades are encouraged by team owners before the supplemental draft and after the supplemental draft with a deadline of midnight 9/07/22 for the Columbus event. All trades must be presented in writing by the team owners to the Commissioner, Brooks Wiley, and MLP has final discretion on all trade approvals. All finalized trades will be communicated to all ownership groups as soon as possible upon completion, via email communication.

MLP will pay the draft bonus prize money fees to players who participate in the MLP competition on August 5-7th. Players who can’t compete in the competition, for any reason, will forfeit their draft bonus. MLP will work with injured players who show up at the event to offer an appearance fee based on the player contribution to being on air broadcast talent, social media and/or PR appearances, and VIP meet and greet appearances. It’s our goal to include the players, even if injured, as much as possible. Draft order is listed in Appendix B below.

Players selected in the Shuffle Draft will be paid the draft bonus fee based on the draft pick order of the player they are replacing, based on the order in the Appendix B below.