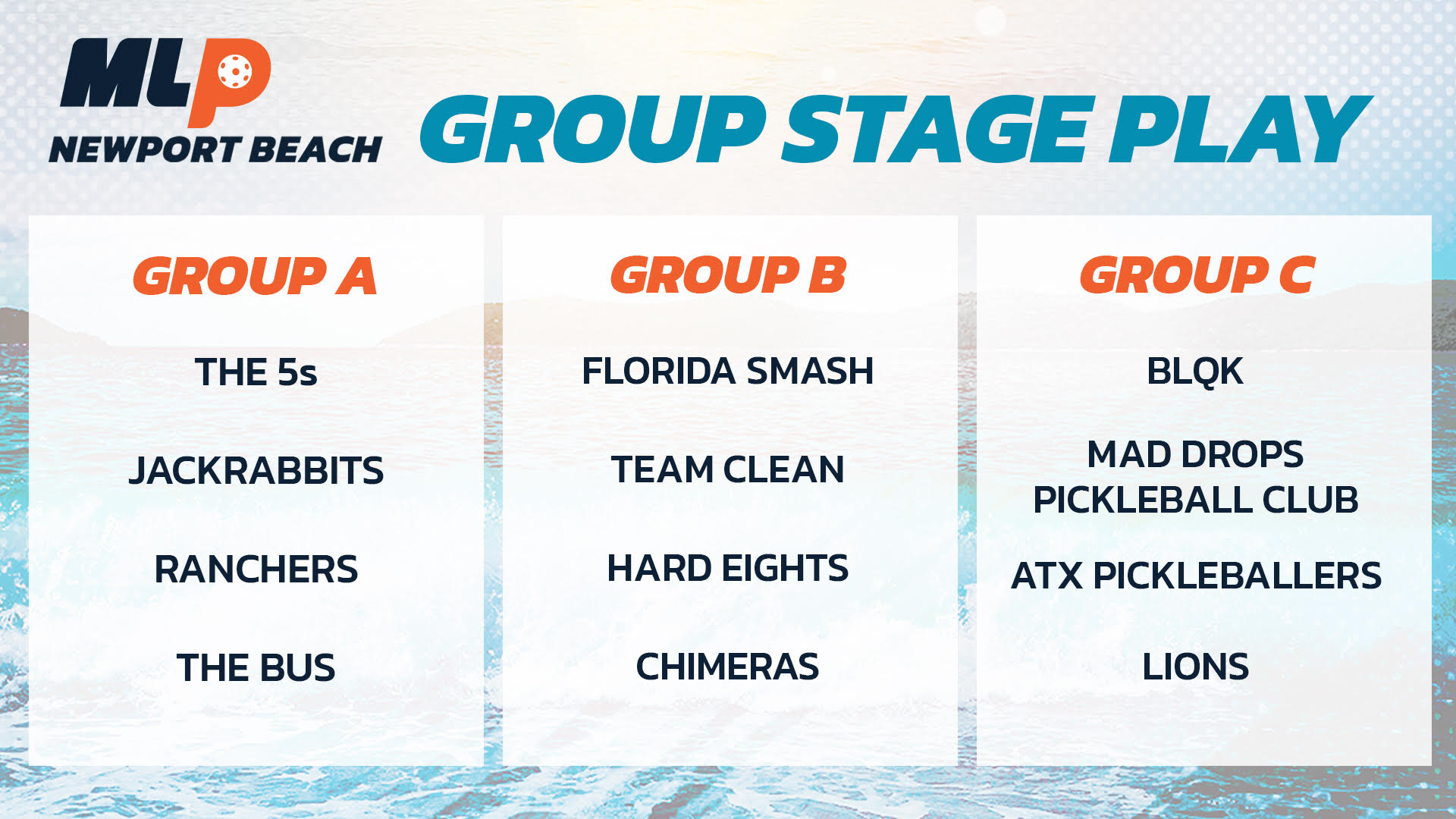 With MLP Newport a week away, we completed the draw for the Group Stage of the event.

The format for MLP 2022 Newport Beach has 3 groups of 4 teams competing within their Group to determine who advances out of the Group Stage.  Each team plays the other 3 teams in their group and the top 2 teams in each group advance to the knockout rounds.

Earlier this week, MLP Commissioner Brooks Wiley, along with  MLP Host Kamryn Blackwood completed the draw by randomly placing the three MLP Teams which performed best in Austin in each of the Groups and then placed the remaining 9 teams in the draw.

Group C contains 2 teams that advanced to the Semi-Finals during our Austin event in June (winners BLQK and ATX Pickleballers), while Groups A and B have less MLP playoff experience. Considering trade action earlier this month, half of Group B teams had no changes to their lineups (Hard Eights and Chimeras). Two-time champs BLQK in Group C and The 5s in Group A are the only teams in their pools with the full lineup of the same players going into Newport. Be sure to mark your calendars to tune in on our MLP YouTube channel on Friday, August 5th at 8:30am when all the action begins!