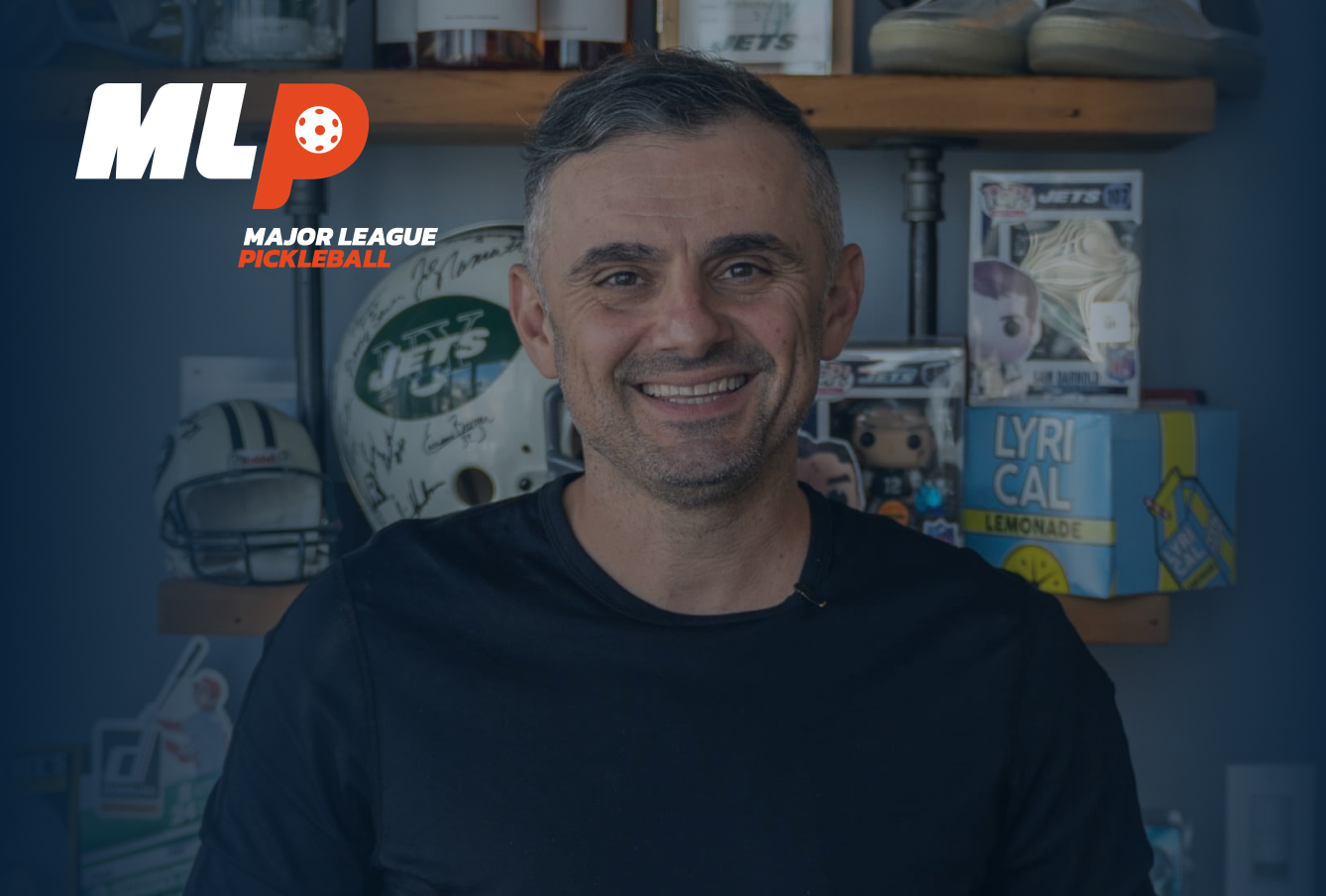 MLP Draft will be revealed via livestream from The USTA Billie Jean King National Tennis Center, Flushing Meadows, NYC, May 28th, 2022; First 2022 MLP Team Competition to take place at Dreamland, Dripping Springs, Texas, June 3 – 5 with CBS Sports Network Set to Exclusively Televise Finals on June 5AUSTIN, Texas (March 29, 2022) – Major League Pickleball (MLP), the elite pickleball league that showcases the world’s best professional pickleballplayers in a unique team format while serving as a platform to attract new pickleball fans and players to the fastest growing sport in America, is welcoming new owners in 2022 including business leader and cultural icon Gary Vaynerchuk, expanding the MLP team roster from the eight teams which took part in the inaugural MLP event in 2021, to 12 teams in 2022.

MLP has also confirmed that the 2022 MLP Draft, a unique event in professional pickleball worldwide, will be revealed at the USTA Billie Jean King National Tennis Center at Flushing Meadows, NYC on Saturday, May 28th, an invitation-only event which will be livestreamed on MLP channels including MajorLeaguePickleball.net, MLP YouTube and Facebook. The Draft will set the teams for MLP’s first 2022 team competition, which will be held atDreamland, Dripping Springs, Texas, from June 3 - June 5, in which 48 of the world’s best professional pickleball players, 24 women and 24 men, will compete to win the second-ever MLP competition, with the finals set to be exclusively televised on CBS Sports Network. The preceding rounds will also be livestreamed on MLP digital channels.

“MLP is the most exciting brand in pickleball, a sport that I’m very excited to be coming into at such an important stage of its development,” said new MLP Team Owner, Gary Vaynerchuk. “I’ve been watching the growth of the sport over the last couple of years, and waiting for the right opportunity to jump in. What MLP is creating is precisely what I think pickleball needs - innovation, equality, great competition, and a central focus on the social community that this sport creates.”“

2021 was a groundbreaking year for pickleball, with the first MLP event setting new standards for our sport, and now we have even more exciting plans for 2022 and beyond,” commented 2021 MLP MVP and professional pickleball athlete, Lee Whitwell. “Welcoming new team owners to MLP, and revealing our 2022 Draft at such an iconic venue as Flushing Meadows is exciting enough. To also be able to confirm that we’ll be back at Dreamland in early June for our second MLP event is just great news, for the athletes, the sport and, most importantly, pickleball fans.”“We all went into the first MLP event knowing it was going to be good, but none of us knew just how amazing it was going to be,” added fellow-pro pickleball athlete, Zane Navratil. “Now, in 2022, MLP is growing, adding more teams, and building even more excitement about what’s to come. The team format instantly proved to be a success when it was unveiled by MLP in 2021, and I’m already excited to find out who my teammates will be for 2022, and focused on winning!”

“MLP's inaugural team competition in 2021 raised the bar for professional pickleball, and in 2022 we will continue to set new standards," commented MLP Commissioner, Jenny Klitch. "For 2022 we start MLP’s second year with some very exciting news, including welcoming new Team Owners, who are eager to draft and support the world's best pro pickleball players. We are also delighted to be returning to Dreamland in Austin, Texas, for the first 2022 MLP competition in June, and as a former pro tennis player, I’m thrilled to announce that we will reveal our Draft in May at the Billie Jean King National Tennis Center at Flushing Meadows. These iconic venues are perfect to showcase the highest levels of pro pickleball competition and spread the joy of the game as pickleball continues its explosive growth and makes headlines worldwide."

The 2022 MLP draft reveal will take place at the USTA Billie Jean King National Tennis Center at Flushing Meadows, NYC on Saturday, May 28th. The event will be invitation only, but fans will be able to tune in to the one hour live show which will be live streamed on MLP channels including MajorLeaguePickleball.net, MLP YouTube and Facebook. The 2022 MLP Draft reveal will take place during the APP New York City Open at Flushing Meadows May 25-29, 2022. In 2021, MLP staged its groundbreaking first-everDraft, in which 32 of the best professional pickleball players were drafted into eight teams. The Draft uses a “snake” format, ensuring each team has a balanced roster of two women and two men, ensuring the most exciting competition then takes place on court when the action starts. For 2022, with the addition of four new teams, 48 players will be drafted into the 12 teams which will compete at Dreamland, Dripping Springs, from June 3 - 5, 2022.

MLP’s first competitive event of 2022 at Dreamland will also be live streamed on MLP digital channels, with the finals set to exclusively be televised live onCBS Sports Network. Full tune-in information, ticket details and the complete event schedule will be announced before the event by MLP. Details of further 2022 MLP events will also be announced throughout 2022 - for more information, stay tuned to MLP social media channels and subscribe to the official MLP e-newsletter.

Major League Pickleball (MLP) is the elite professional pickleball competition that sees teams of two women, two men, compete in a unique format that has set new standards in the fastest growing sport in America. MLP’s first-ever event, which took place in November, 2022, raised the bar for pro pickleball, introducing broadcast and event production innovations that saw MLP awarded the title “Event of the Year” by The Dink. In addition to MLP’s goal to create engaging new platforms to showcase the best professional female and male pickleball players worldwide, MLP is also focused on helping build the grassroots of the sport, attracting both new participants and fans to pickleball in the USA and worldwide. For more information on Major League Pickleball, go to MajorLeaguePickleball.net and follow Major League Pickleball on Facebook,