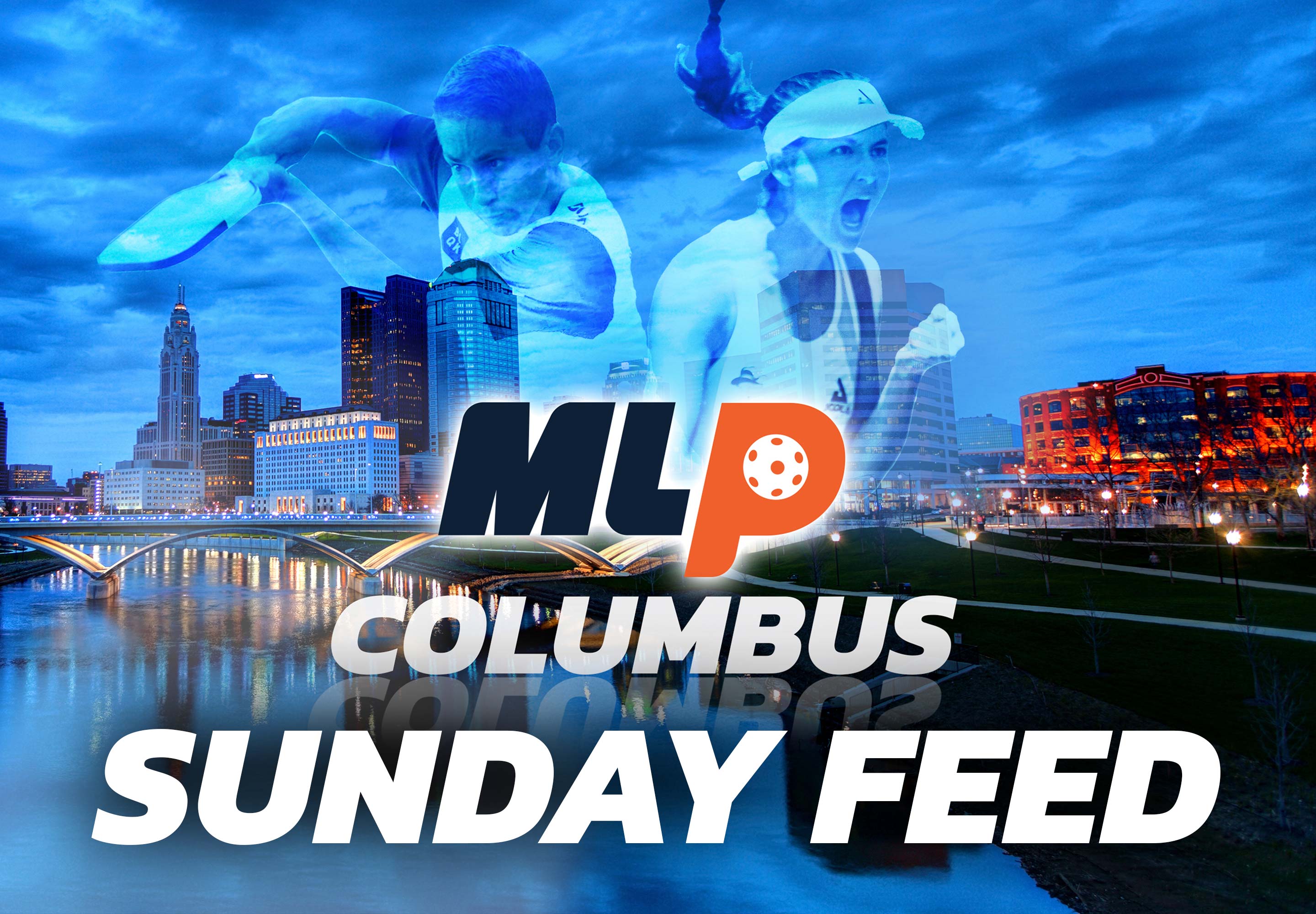 Welcome to the ‘Sunday Feed’ - your go to destination for the most current info on matches and game play happening at MLP Columbus all day. Be sure to bookmark this page and come back for the latest updates.

BLQK women were deadly at the net and dominated the women's doubles game. The men's game was full of some of the best points we've seen this weekend and had 7 lead changes in the clutch! Todd/Navratil closed it out in mixed doubles game 3. BLQK edged out CLEAN with shot accuracy of 95.3% vs. 93.4% and winning 78% vs 53% of rallies in the kitchen.
‍

Men's Doubles - While Ranchers might have more kills than Hards Eights (10 to 13), there were just too many unforced errors by Ranchers, who had almost double the amount vs. Hard Eights (13 to 7).

MXD1 - Plot twist with line up making Cierra and Kyle go first in the mixed. Unexpected upset... DUPR predictor had Bright/Young slated to win by 73%. Hard Eights were fired up and took the lead after 4-4. The largest point streak was 6. Dj and Anna tried to switch up the momentum and stacked so that Anna is on the left side firing down the line her forehands. It helped them to get closer but not enough to make a turn difference in the game
‍

MXD2 - Mixed 2 was all about Jorja and her down the line backhand that she pounded all day. Johnson was on fire and led the Hard Eights to a strong 21-6 finish. She had 9 kills, Daescu had 4, compared to 1 each from Ignatowich and Kawamoto.