Three teams vault into contention for

MLP final on a dramatic Sunday 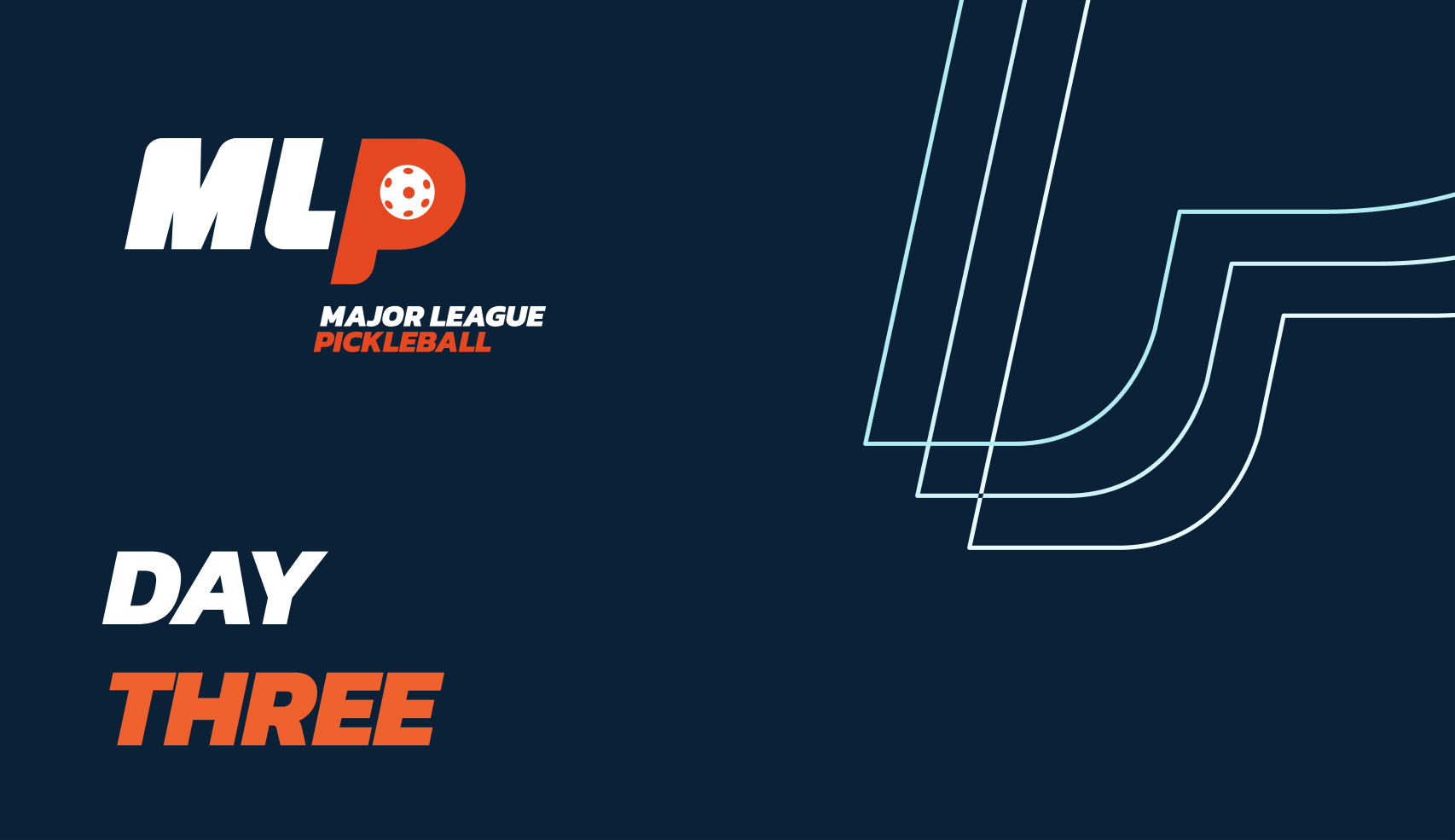 The pivotal contest between Discovery Warriors and Chimeras on Sunday evening, won 3-1 by the Discovery Warriors, set up the final day’s intriguing competition with three teams in contention to progress to the Finals - Chimeras, Discovery Warriors and Team BLQK. Lee Whitwell, who has had an outstanding tournament, as well as No. 2 overall women’s pick Anna Leigh Waters, projected as the No. 1 pick by many in the know, weren’t able to prevent their team succumbing to their first match loss of MLP Season One, with the Chimeras’ only match win coming in men’s doubles.

While Discovery Warriors currently sit in third with four team match wins compared to the Chimeras and Team BLQK’s five wins, their superior match win differential will position them for one of the two final spots should they win and one of the other teams falter on Monday.

This fascinating finale was all set up earlier on day three with both Chimeras and Team BLQK winning 3-2 team matches against The Lions and Pickle Ranchers respectively, while Discovery Warriors were edged 3-2 by Team Clean in their Round Five contest.

In the other Round Five matchup, ATX Pickleballers captured a 3-1 win over Team Rally, with wins in the women’s doubles and mixed doubles sessions to help keep Team Rally the lone team without a team match win through the first three days.

In addition to the Round 6 marquee matchup between Discovery Warriors and Chimeras, Team BLQK was putting itself in finals contention with a sweep of Team Rally, ending Sunday with a tie on both match wins and match differential with Chimeras. However, by virtue of Chimeras’ win over BLQK on Saturday, Chimeras are at the top of the standings using the head-to-head tiebreaker.

In other Round Six action, the Pickle Ranchers needed the singles round to best Team Clean 3-2, while The Lions overcame ATX Pickleballers 3-1 — with those results, both victors got to the middle of the pack evening their records at 3-3.

Monday’s action includes Discovery Warriors playing Team Rally, Team BLQK playing The Lions, ATX Pickleballers playing Team Clean, and Chimeras playing Pickle Ranchers. That will set up the final at 8 p.m CT from Dreamland, with tickets for both the Round Seven and final available through Eventbrite via the MLP website.

The final will, as announced last month in one of the landmark moments for the league, be broadcast via CBS Sports Network.