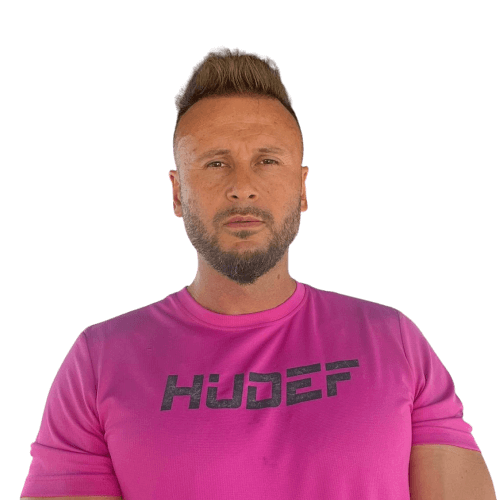 Eden was born in Romania. He started playing tennis at seven years old and started competing in tennis tournaments around the world at age 13. He was ranked #1 in Romania in the age groups 8-10 and 12-14. He was ranked #2 in Romania for age groups 14-16 and 16-18. Eden studied Sports and Physical Education in Romania and came to the U.S. in 2013. He has worked with all levels of players including top ranked professionals for ladies, men, juniors and USTA teams. He discovered pickleball in 2016 and became a professional player in 2017. Eden has accomplished over 30 gold medals in professional events in singles, doubles, and mixed doubles. His highest accomplishment in his professional career came in 2019 when he received the Bronze Medal at the Indian Wells Nationals Pickleball Championship in the men’s doubles pro event and Indoor National champion.He is sponsored by Hudef and is highlighted in their pickleball advertisements.